What the Starbucks Union Wave Can Teach Companies 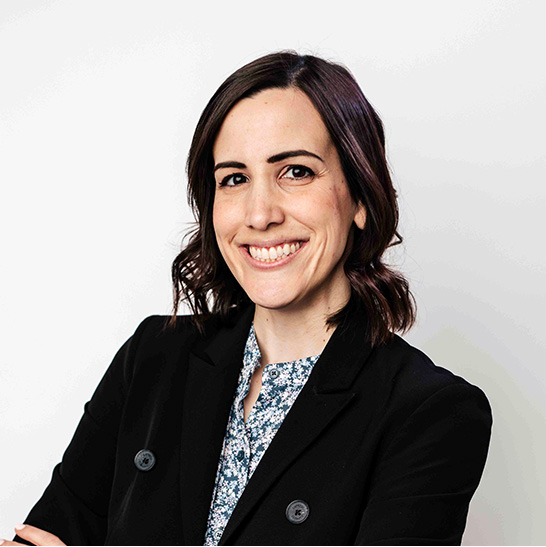 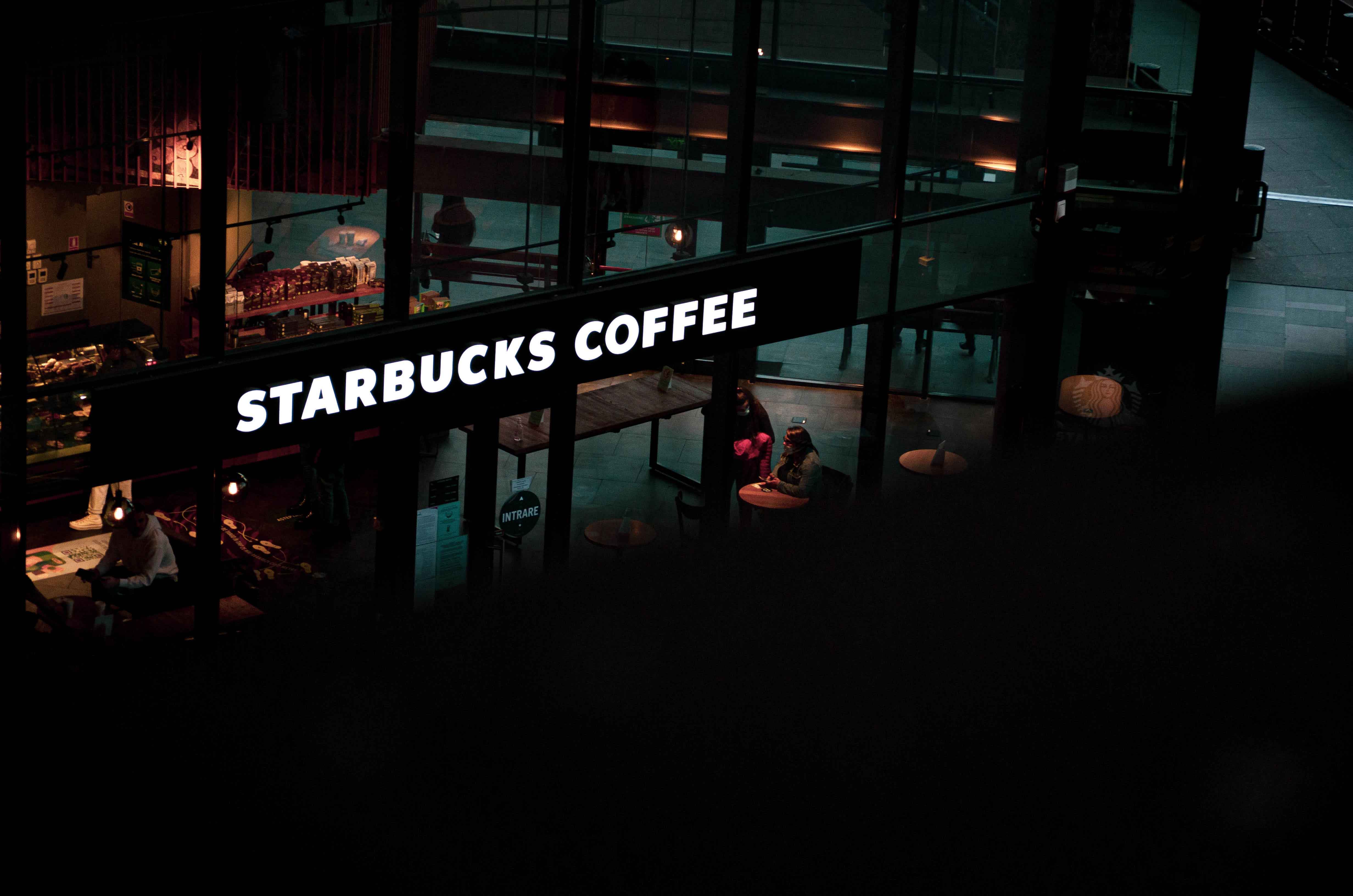 It’s no secret that Starbucks is facing an unprecedented wave of union activity and elections. In our research of Starbucks employee quotes and testimonials in recent press coverage, employees have cited concerns over safety, workload and an overall sense that they aren’t being treated as true “partners”. (A term Starbucks uses to refer to their employees as they believe they are “partners” in their shared success and eligible employees are given stock in the company.) Starbucks workers have said they don’t feel cared for - and they don’t feel like their voice matters. An overall feeling that was spurred on by business decisions Starbucks made over the years to increasingly prioritize shareholder value over employee well being.

The result: Starbucks employees across the nation are now seeking third-party representation to champion their voices.

Since the success of the union election at a Buffalo-area Starbucks in December 2021, partners at more than 200 Starbucks stores in 27 states have filed petitions for union votes. As of June 5, 115 stores have declared their desire for union representation, and 13 have voted against. These organization efforts coincide with a number of union elections nationwide, including Amazon, which recently had its first-ever U.S. warehouse vote to join a union.

This shouldn’t be a surprise, the driving force behind most unionization efforts are employees that don’t feel seen, heard or cared for. If employers aren’t making space and time to hear and address employee concerns, employees will ultimately find another organization that will. That’s where a union often comes in.

Put simply, a union is an organization of workers that can advocate for the voices and needs of employees when they feel that corporations aren’t hearing them.

Many of the labor innovations and precedents we practice today are due to the existence and efforts of unions - these include the 8-hour work day, minimum wage, and more. In some instances, unions influence the employee experience directly through the collective bargaining process and in other instances their influence is indirect. Just the potential idea of unionization can encourage companies to make changes to their employment experience for the better to deter union organization efforts which can be costly for companies.

No organization is perfect. Although working conditions wouldn’t be what they are today without unions, unions can cause an increase in overhead for companies and collect dues from employees who can barely get by on their take home pay. A union can also decrease operational efficiency and cause a rupture in a company’s ability to communicate directly with employees. Sometimes the cost is worth it for employees - and sometimes, it is not. It depends on the union and the company.

How Did Starbucks Get Here?

Back to Starbuck and the union wave they are experiencing now.

In many ways, this wave is the result of a variety of corporate decisions that trickled down from the top over the past few years, prioritizing profits over people. A few of these decisions include Starbucks’ stock buyback program, workload increases due to the influx of mobile app orders, sluggish wage increases, corporate policies that made employees feel unsafe during the pandemic and more.

These decisions spoke louder than words, communicating to Starbucks employees they didn’t matter as much as the company said they did. Like a wave in the ocean, the momentum began long before we saw the swell hitting the shore today. In many ways the COVID-19 pandemic expedited what was already an inevitable outcome of Starbucks choices: employees did not feel valued.

In our experience working with clients, if a company is getting served with a petition for a union election by its employees, then there is a reason. Something is broken that needs to be addressed and fixed. And it is up to the company to convince their employees authentically and humbly that things aren’t as they should be and they will do better. Sometimes the failure is poor executive leadership decisions, sometimes it’s systematic and sometimes it is simply turning a blind eye and allowing poor local leadership to create toxic work cultures.

Whatever the initial issues may be, it is important to outline a clear plan to address them. A company’s inability to regain trust with employees will result in victory for the union. And the victory may very well be deserved.

So, when a company finds itself in the middle of a union storm, what should you do?

5 Lessons Companies Can Learn from the Starbucks Union Wave

Starbucks is taking an aggressive approach to righting the ship. After Starbucks CEO Kevin Johnson stepped down from his position after leading the company since 2017, they brought back the man who made Starbucks the ubiquitous brand it is today, Howard Schultz, to act as interim CEO.

In an open letter to employees, Schultz laid out his approach to building Starbucks’ future. This approach includes suspending their share repurchasing program to invest more profit into their people and stores, visits to stores and manufacturing plants to collect employee feedback and “design sessions” with partners so that the company and employees can collaboratively "create a future of mutual thriving.”

Only time will tell if these words are put into actions that produce results, but there are lessons that any company can learn from the Starbucks union storm and the path forward they’ve shared. I’ve outlined five key takeaways companies should be practicing in the post-pandemic labor landscape to ensure employees are feeling seen, heard and valued.

1. Admit when there’s a problem that needs fixing. ‍

Although Schultz didn’t go so far as to state that the company has issues with how it treats its employees and needs to do better in print, he did say as much verbally during his initial meetings with employees, as covered by The Wall Street Journal. In the midst of potential unionization efforts, it’s important for companies to admit when they are wrong and that they can and will do better. It shows that employee feedback is being heard and taken seriously. Companies that don’t admit they need to do better will further exacerbate the problem that got them here in the first place. Employees will continue to feel like their needs are falling on deaf ears.

In his previous stints as CEO of Starbucks, Schultz was known for his ability to connect with employees and make them a priority. He put actions behind his words in implementing some of the most forward-thinking benefits packages at the time. Now that he’s back, the hope is that he will be able to work his magic once more and re-center the company where it belongs: on its people. His first letter is a step in the right direction. Its tone is personal, inspirational and lacks corporate jargon that sows mistrust.

That being said, there are reports that some of Schultz’s rhetoric in in-person sessions has been aggressively anti-union, which can only cause further division. Over the coming weeks, Schultz will need to walk a tenuous tight rope and avoid stoking the fires of conflict between Starbucks and its workers. The priority should be listening to employee feedback and taking action.

3. Showcase the decisions you are making to invest in your people over profits

Actions without words mean little to employees who are feeling undervalued by their employer. So, the announcement from Starbucks that they are suspending their share repurchasing program in order to invest more in their stores and people is a step in the right direction. It will be important over the next few months that they continue to make decisions that put people first and clearly illustrate exactly where that money will be invested moving forward.

4. Gather employee feedback and act on it

Schultz announced he will be going on a listening tour to hear employee feedback directly, but one executive going on tour is little more than a highly staged PR opportunity. It will be important that this posture and these sessions are implemented at multiple levels of leadership throughout the company to expand employee access to leadership and provide more regular avenues of communication.

5. Treat your employees as co-creators of the employee experience

Starbucks’ language around seeking to “co-create a future of mutual thriving in a multi-stakeholder era” is pure gold - as long as it isn’t lip service. As an organization, they will need to quickly adapt and introduce communication processes and systems to support a workforce of co-creators. This idea resonates with the collaborative relationship that many employees are looking for in the workplace today. Employees want to partner with companies instead of simply being managed by companies.

Union waves amongst companies are not new, but recent events do highlight a growing trend of disgruntled workers in the post-pandemic era. Companies that recognize there is a problem early, address it quickly and establish innovative avenues of dialogue with employees will thrive in the current labor landscape. Employees need to feel seen and heard. It’s not enough to say it. They need to see it in your actions.

Companies that prioritize their people and put processes in place to establish a mutually beneficial collaboration with their employees as co-creators of the employment experience will succeed in transforming their culture and workforce in the post pandemic era.

If you are looking for a partner you can trust to help you transform your communications and culture, we can help. Let’s talk.

As we head into 2023, how can internal communications leaders prepare to meet evolving business and employee needs? Plan for these 6 predictions.

One of the most powerful tools at your disposal is a documented annual strategy. Here's an easy 6 step strategy framework for your brand.